At the invitation of the President of Northern Cyprus, Mr. Mustafa Akinci, the organizers of the congress “On the road to peace,” they paid a visit to the Presidential Palace in Nicosia. During a meeting lasting more than an hour, the President informed on the progress of the peace process in Cyprus, and are familiar with the program of development of the island “Blue Pearl” Mediterranean, in the light of the possibility of its implementation. Participants of the meeting unanimously stressed the fact that the key to the economic development of the region is achieving an agreement between the Greek and Turkish Cypriots. The President confirmed the mutual wills imminent political solution to this ongoing for more than 4 decades of crisis, and highly assessed the role of this type of initiatives aimed at reunification of the island and its economic development. 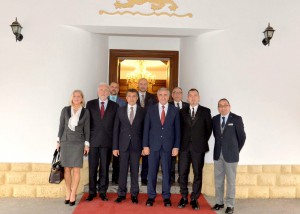 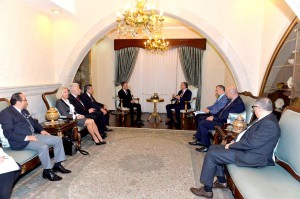