Cooperation with the European Parliament

Due to the close cooperation between the European Union and Mr. Roch, Mr. Roch has permanent access to the European Parliament, as well as the European Comission. 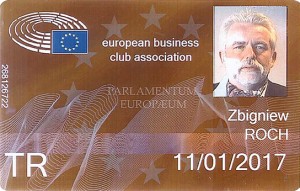 The Club as accredited by the Eu ropean Parliament lobbying and consulting organization, actively participates in local debates and consultations and organizes own briefings, which presents concrete proposals to solve some economic problems or technological.

The club has also initiated the establishment of the Technology Platform “Earth Energy” which has been registered at the EU transparency register, the chairman of which is Professor Bohdan Żakiewicz – “World Leader Drilling Technology”, nominated for the Nobel Prize → www.earth-energy.eu.

The Club has also supported the creation of a “European Technology Platform for Hybrid”, and the preparation of the European Commission under the NER 300 the largest international research project in the energy industry.